The School of Life

A great collection of videos which explain life in an easy way. The creator Alain de Botton is a philosophist and writer. 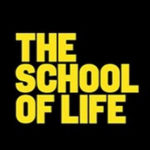 The Book of Life

One of the greatest Projects out there. Learn anything you can imagine for free.

Is the world getting better or worse? A look at the numbers – Steven Pinker

Are you searching for hope?

The documentary “Tomorrow” gives us a lot of hope and confidence in our future. During their journey, the producers met the pioneers who are re-inventing agriculture, energy, economy, democracy, and education.

The documentary “HUMAN” was generally well received by critics who praised its unprecedented scale and coverage of topics such as family, religion, ambition, failure, homosexuality, war and poverty.
The film was also praised for the truth and brutal honesty behind the people’s stories as well as Arthus-Bertrand’s artistry in contrasting the subjects with aerial shots that are infused with motion, color and people.

Do you know how good or bad your brain works? This is a very interesting Ted talk about our brain and what helps to keep it running well.